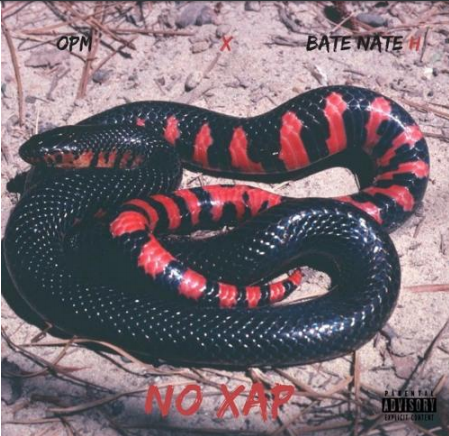 Since signing to US independent label Bentley Records in 2017, Bate Nate H has been
consistently dropping project after project with the lead up to his new album set for a
release later this year.
Bate Nate H now teams up with UK artist OPM with the EP ‘NO XAP’. This project is a 4
track EP with hard hitting production featuring his long time collaborative producer YOUNG
GMNY. The first track ‘Never Quiet’ has a strong trap vibe showcasing the best of Bate Nate
from a lyrical standpoint. The second track ‘No Sleep’ probably the most experimented
track that Bate Nate has done to date adding pop elements to the song and at the same
time keeping to his roots lyrically. The EP also features other UK talent such as Jade Sea
Blue and producer Renz Benz.
OPM who is creating a buzz for himself in the UK Hip Hop scene entered the studio with
Bate Nate with the intention of recording one track. After the first recording the vibe was
so natural that they decided to record two EPS. The second EP is set for a released in
August.
No XAP the EP is OUT NOW on all digital platforms and released by Bentley Records US
https://itunes.apple.com/us/album/let-love-live-ep/1381370020
https://open.spotify.com/album/26qpcXvJdkJKOLmpNKXDQD
https://www.amazon.com/Let-Love-Live-Deric-James/dp/B07CVJD54L