New Music "The Outfielder" OUT NOW 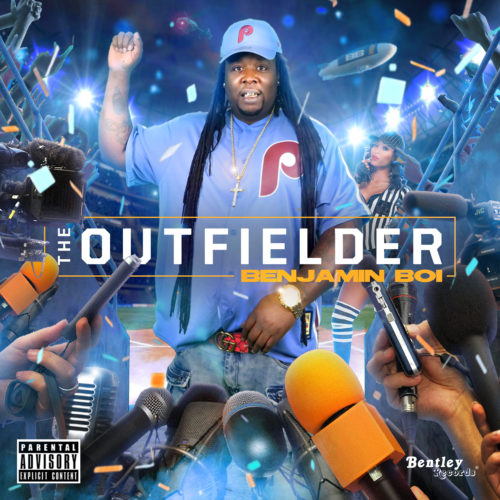 James O. Benjamin Jr. Born in Belle Glade, Florida located in Palm Beach County, Florida, called the Muck. Benjamin Boi was destined for greatness at a young age he was always talented, he played football and always had a passion for music growing up. As teenager Benjamin struggled with the street life and faced trails and tribulations being incarcerated several times as a youth offender and young adult but he found his way out through the darkness. Now he has a family and has turned his life around. Through it all, Benjamin always had a passion for music; in 2007 he started talking music seriously. He started out as a producer and Rap artist. He decided to follow that path into a greater destiny by being consistent and having determination for greatness.

Benjamin Boi released his first production in 2015 called “Reflections.” He had his first live performance at Club Mascara in Jacksonville, Florida. Since then, Benjamin Boi has climbed to the top of the hip hop musical ladder. Benjamin Boi dropped his latest album on July 29, 2020, called “The Outfielder.” Tracks like “Surf,” “Trust Issues,” “Bubbles” and “Sports Car” have become instant hits on Spotify’s Release Radar. The Outfielder album is gaining significant traction on the scene as well as giving Benjamin Boi a massive fan following in the rap industry.

Benjamin Boi’s music style is what the music Industry calls southern hip hop combined with his unique southern flow he has a way to pull you into his world with his deliverance and southern flow. His songs are also infused with his talented songwriting and his flair for showmanship. Benjamin Boi is a busy artist. Not only is he making music, but he’s a producer and studio engineer with over a decade of experience in the music Industry. Benjamin has his own website and YouTube channel for fans to enjoy his journey as a hip hop producer and rap artist.