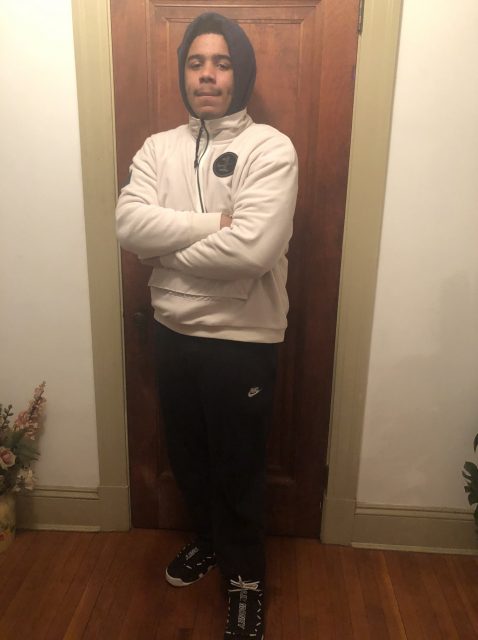 I was born September 17th, 1999 in Springfield MA but I grew up in CT. What made me get into music was my dad and my (hypothetical) older brother. They used to always rap and it just gave me inspiration, but I didn’t take it serious until I was 17. What inspired me to make beats was the fact that I was tired of using YouTube beats. And the friends I had that made beats always took forever to send them. So in my head I was like “Screw this, I’m gonna learn how to make beats”. So that year for my birthday instead of getting the tattoo I wanted, I got a laptop. And taught myself how to make beats, but I feel other producers taught me how to sample. I’m passionate about my music overall, but I love the producer, behind the scenes aspect way more than I love writing songs and rapping. Bc now and days it seems like everybody can just blow up and become a rapper. But behind every producer there’s so much creativity and originality involved. My favorite producer is hands down Kanye West. I’m talking about college dropout, 2004 Kanye West. Him and that album both play major rolls on me wanting to become a producer. I can’t really choose between Kendrick Lamar or Nas as my favorite rapper though. The biggest goal I have for this is to get a placement with a mainstream artist. What can fans expect from me this year? Meaningful music, connecting with other artist. I may or may not drop a mixtape in the summer. I’m still debating if I want to do that, or put all my time and energy into creating a project like a lp or an album. Advice I have to everyone pursuing music…. Stay patient. Because if you’re heart is all the way into your music it will show, and a label or major artist, people in general will notice. And everything you’ve worked towards will begin to flourish.