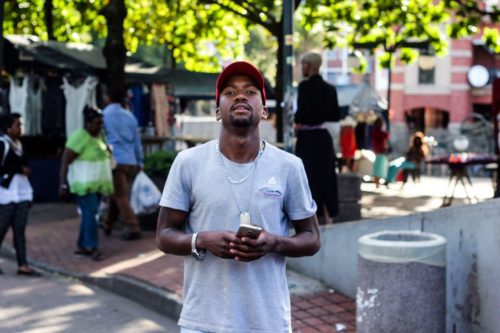 My full names are Bright Nkanyiso Dlungwana, I grew up in South Africa in Kwa Zulu Natal in a small township called St Wendolins. I started writing music at the age of 14, started composing at the age of 15 and released my first professional song at the age of 16, which most people loved. I recently released a song titled “Get Dirty.” The song got play listed in a range of radio stations in the country and was people’s favorite. I released a song again recently called “Baby Ngenzeni” with one of the leading artists in the country, Benzy. The song ended up being the people’s favourite in the country. Featured in television shows and radio shows.  When I received a message from Bentely Record’s A&R executive Mr Beleen to send in my demo, I was so excited. After a month he got back to me telling me they loved my sound and they’d love to work with me. I am going to release my first single with Bentley and I am over the moon about it. The title of the song I am planning to release is titled “Matrimony” and on it I featured one of the leading music stars in the country, “Fey.”
Follow Bentley Records:
http://www.facebook.com/BentleyRecords
http://www.twitter.com/BentleyRecords
http://www.instagram.com/BentleyRecords
http://www.youtube.com/BentleyMusicOfficial
https://soundcloud.com/Bentley-Records
#BentleyGang#BGOD
www.Bentley-Music.co
Sign-Up To Our Newsletter