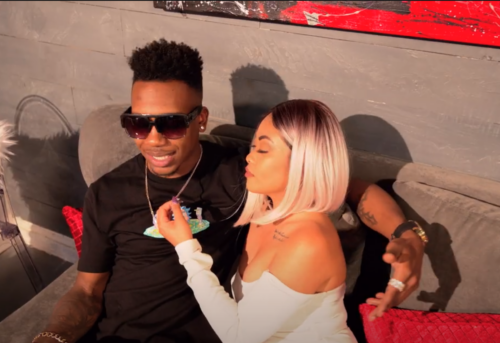 Hailing from the culturally diverse city of Chicago, Illinois, super producer, and Bentley Records artist Vandes Jackson releases the visual for “Jupiter Me” that features California artist-NuWavlos. “Working with Los was a missing piece to this puzzle musically because he’s an R&B singer with zest and naturally blessed creativity. I cherish that in the studio because it makes working together effortless. There are more collaborations in the works with us for sure.” The LA-based artist produced the “Jupiter Me” project and proves that he is no stranger to wearing multiple hats.

Growing up in a world of diverse sounds, Vandes begins making music in a home studio attic on the south side of the city as a small child. Since the age of 8, his musical background begins as a drummer in church. During this time, he gains knowledge in classical percussion and Jazz that piqued his interest in music production. By the age of 11, he acquires his first AKAI MPC and learns sampling and sequencing. Vandes’ music has influences of Jazz, distinct melodies, and odd textures of beats. Vandes Jackson draws inspiration from artists such as; Timbaland, Kaytranada, Thundercat, Zaytoven, Metro Boomin, Sean Combs, and Travis Scott.

Vandes is currently working on new music to be released this fall. Be sure to connect with Vandes on his website, all social media, and digital music platforms.