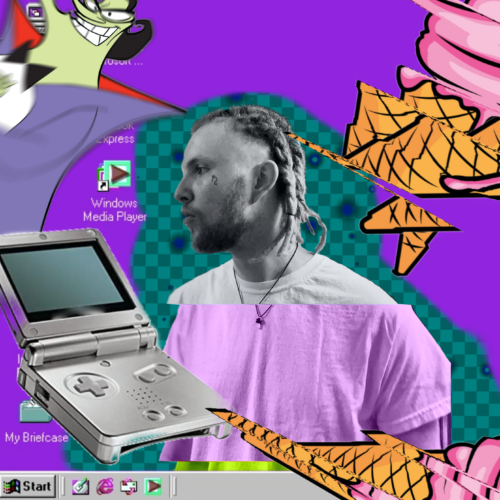 AK Kastro uses hyperpop to create an image similar to that of a drug induced pixy stick fueled pillow fight. The catch is, it somehow works. We had a chance to sit down with AK Kastro and talk through the ideas behind his newest song ‘Closer’ and his upcoming album ‘College Rd’. Apon playing ‘Closer’ for the first time, I was instantly interested in the distorted yet lighthearted sound that AK had created. I asked him who his biggest inspiration was for his sound and he responded with, “LMFAO”. I wasn’t sure if he was referring to the band or simply laughing at my inquiry but I continued on. Having a conversation with AK wasn’t in the least bit easy however it also was not dull for even a second. AK’s ‘College Rd.’ album is a hyperpop fuzing of Pop, Electro, Rock, Trap, and even elements of Soul music finds its way into this busy yet simple, distorted yet colorful album.

AK Kastro’s ‘Closer’ is available now on all platforms at http://www.akkastro.com/closer and his album ‘College Rd.’ will be coming this fall.