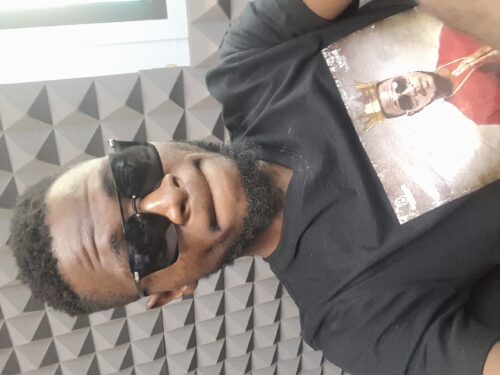 Check Out King Mozie
The Namibian Based musician King Mozie has dropped his album I am Tha King on 31 January 2022 with the help of legendary producers Trademark & Master KG. Shangheta Moses well known as King Mozie believes this is the best album produced in Namibia this year. He says this album will take his music career to mainstream and he will finally be able to make a positive impact on the world as well as make a great fortune off his talent. King Mozie has worked with the best upcoming producers from South Africa.

Dj Deelouw who produced 06 December is one of the best upcoming producers making Qqom sound right now. Dj Miitch Sa has made a mark by being featured on both Game Killer and Kalvary which has a global prouducer Master KG. Hume Da Muzika and Mr Style have proven to be making big moves in the music industry as they made the song Kalvary possible. The Namibian artist also worked with fellow Bentley Records label mate ADRIBEATZ from United States on Control and not to forget TerryCairo and Jbeats who are fellow local artist that made the album have a local sound which he says “its LIT”.

King Mozie also wants to tell his fans to buy I am Tha King Album its available on all streaming platforms. All the fans that want to buy his CD and merch, you have to send N$200.00 for each to +264817320553 and he will send the album and T-shirt to you with Nam-courier.

King Mozie is now working on his next project which he reveals the title is Before 25 and he believes the album will drop before he turns 25 years old.
If you want to help donate to king Mozie to grow his brand and music career you can donate any amount to the details below.
Bank Details
Bank Name: First National Bank Of Namibia
Account Holder Name: Shangheta Moses S
Account number : 62271136197
Branch Code: 282273
Swift Code: FIRNNANXX

or send to his bitcoin wallet: 36trtEzKxqSTK1kYGRANdrGQmpkwTBFjMT

Listen to I am Tha King full Album on Spotify and Don’t forget to follow, like and share his Spotify and Apple music link with friends and family.

Listen I am Tha King full Album on Spotify: https://open.spotify.com/album/44IRygZ4FJHfO3Ax36Pdo7