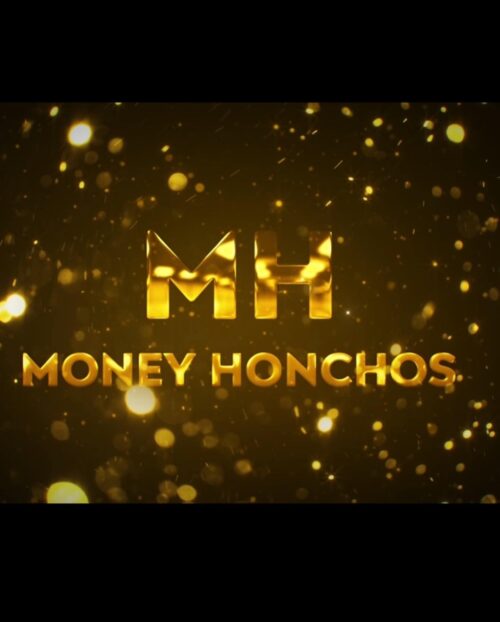 Check Out Heightsrome
J.P and Money Honchos: The Story of Two Brothers and Their Artistic Aspirations

This is a story not just of two brothers looking to leave their mark on the world but also of two artists who took control of their pasts to create something art infused with their personalities. Heights Rome, the Brand Ambassador of the Bentley Records Artist record label, and his business partner, and older brother, musician Giotto Grant, have had successful careers. However, their two latest collaborative projects have announced them as entrepreneurs, artists, and creators on the global stage.

Heights Rome’s career started with his crucial role in the development of Bentley Records Artist. Founded in 2013, this award-winning international record label has collaborated with musicians and artists worldwide. With access to cutting-edge technology and stores worldwide, the label has brought several local artists to the international spotlight. With its motto, “We don’t just make music. We create classics”, the label encompasses the creative urges and intelligence of individuals like Heights Rome. It also, no doubt, provided him with the necessary grounds to achieve what he achieved with his brother in the form of “J.P.” and “Money Honchos.”

In addition to being an older brother and business partner to Heights Rome, Giotto Grant is an accomplished individual artist in his own right. His music has resulted from his creativity and energy infused with the experiences of his past, which he refers to as “I’ve outlasted the ones I started with, and there’s not many of us left.” His experience of loss and deprivation motivated him to produce his music so that each track was unique yet personalized. His tracks usually focus on infuriating experiences but are also filled to the brim with subtle touches of hope and optimism, providing a unique touch to his entire discography.

The personalization aspect of art can be found in both artists’ works and philosophies. It’s also a motivating force in their two recent collaborative projects: a clothing line called “J.P.” and a joint album called “Money Honchos.” The former was released on third November and was created to remember their deceased brother, Justin. The album came out less than a week later, on seventh November, and it was created under their jointly created brand, “Green Mob Studios”.

J.P. and Its Inspirations

The clothing line, J.P, is first and foremost, two brothers’ tribute to Justin’s legacy. The clothing line is imbued with Justin’s personality and passion, contained in his popular phrase, “I’m Me”. Heights Rome himself says there is no way to describe J.P. other than the phrase. Unrelentingly in every situation he encountered, the brother inspired both these people. Consequently, this clothing line is a conscious way to keep his legacy intact while also immortalizing it through art.

The brothers expressed their brother’s personalities through their clothing line and created something permeated by their experiences and emotions. The importance of this can’t be understated. Local businesses and entrepreneurs often focus exclusively on abstract creativity when considering their products. While that is, without a doubt, a pivotal part of the creative process, there are other factors to consider. As the experience of the J.P. line shows, artists and entrepreneurs shouldn’t be afraid to show themselves- their lives and loved ones- through the art they create. Not only is that a remarkable way to pay tribute to yourself and your loved ones, but it’s also something your customers will resonate with.

The album named “Money Honchos” was released by the brothers under the umbrella of their newly formed organization, Green Mob Studios. It’s a collaborative effort that shows how the brothers combined their mutual artistic and brotherly respect for one another in creating something imbibed with that dual spirit. There is something about each song in this album that shows that these two have something to prove. As Heights Rome himself says: “No song sounds the same; you get everything you want and need in one place. We wanted to show how versatile we are as artists. We also felt we had a point to prove. We are both very competitive and always push each other to be the best version of ourselves.”

“Versatility” is a term that defines what Money Honchos is all about. When asking Giotto- who is already an established musician- about the album’s purpose, inspiration, and content, the response emblematized versatility in every sphere. This versatility isn’t just something that exists for the sake of creating different types of music so that there is something for everyone to enjoy; there is a predominant feeling that both artists wanted to challenge themselves and each other, going above and beyond their existing niches.

Giotto’s description of the thought behind the lyrics and the album itself showed the existence of specific themes of profoundness derived from their personal experience. One theme that stood out was how loss and deprivation lead to a downward spiral, which is challenging to escape. The idea he talks about is that “being in the trenches,” having no support from family and loved ones, being forced into rough neighborhoods, and being a victim of violence as a consequence, is something that brings so much pain and trauma that it’s easy to drown yourself in alcohol and partying. These issues are exacerbated by the disproportionate constraints placed on African Americans in the social and economic sense.

However, Giotto reaffirms his belief that fighting back is possible regardless of that downfall, and he’s a living embodiment of that. This fight requires a great deal of faith in one’s craft and self-confidence in one’s capacity to fulfill their potential. Therefore, the album is something Giotto sees as a culmination of that struggle that energized and brought him to his artistic peak. At the same time, the creative impulse that goes into this album is vibrant and optimistic, showing a diversity of themes that ultimately resonate with every listener going through any form of struggle.


The Ethos and Marketing Of The Two Projects

What stands out in these two projects is the collaborative spirit that went behind them. Both are self-made entrepreneurs who started with local businesses in Cleveland, Ohio. Their different journeys and experiences brought them together and resulted in the creation of Green Mob Studios. This organization says, “Creativity is Intelligence Having Fun” on its home page. This motto captures the essence of their business ethos and also serves as a brilliant marketing tool.

Why is that? Well, in the first instance, it shows you how much thought goes behind the products being sold. This isn’t just a clothing brand that focuses on abstract concepts of style. Instead, it’s targeted towards creating things that profess the individuality of both the creators and the customer.

Now let’s look at how this clothing line is customer oriented. This element of individual experiences stylistically imbued in a clothing line creates a truly unique product. As a result, generating a customer base for those with similar experiences.  These customers want to buy your product not because you are offering the same thing at cheaper price rates but rather because you promise novelty that allows the customer to choose between products that best suit their aesthetic.

By producing novel products, the brand creates its own unique market need. Moreover, it leads to brand loyalty by creating a brand personality that is present within your product itself. Furthermore, this works as a great marketing tool as well.

On the other hand, the album also has a great story behind it. It isn’t just two brothers coming together to create an album but two artists looking to make a name for themselves in another art medium. There is visible experimentation and versatility, which lures listeners of all varieties into the band’s ambit. Giotto and Heights Rome both consciously wanted to create something which added diversity in type but unity in the form of their music through Money Honchos.

The marketing potential here is very intriguing. On the one hand, Heights Rome’s role in the Bentley Records label allows musicians the flexibility to be able to produce and enhance their visibility. This apparent advantage points back to the importance of having a solid financial base before starting large-scale creative processes. On the other hand, the album itself and its content are enough to bring listeners of all varieties into their fold, setting up a solid base upon which the two can develop more ambitious musical projects.

There is much to appreciate about the independent careers and the collaborative efforts between Heights Rome and his brother Giotto Grant. The two projects, the clothing line and the album are beautiful expressions of art that capture their love for those they lost, their struggles and individual philosophies, and their creative urges stemming from a desire to create art. This multifaceted approach to their businesses has helped them stay grounded in their roots while reaching customers in a much more intimate and personalized manner. There is, therefore, much to learn from their developing experience regarding how one should approach their business and the level of personal thought and creativity that goes into it.